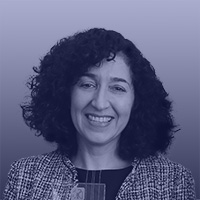 Dr Aviva Cohen is the Principle Investigator of seamlessCARE. This project has its origins in Aviva’s Marie Curie/ASSISTID post-doctoral research Fellowship 2016-19.

In 1994, Aviva began lecturing in Philosophy, Psychoanalysis and Communications Theory. She combined her academic work with a career as a Senior Communications Consultant, working with both public sector and private sector clients.

In 2006, her husband survived a stroke that left him with brain injury and communication difficulties. This motivated her to create projects to support those living with disabilities. In 2008, Aviva launched the Research & Hope free information resource. This explains clinically tested but non-standard treatments for stroke. In 2011 Aviva founded the multi-award winning social enterprise, Neuro Hero Ltd. This led to the development of 19 low cost therapeutic and educational apps for people with speech and language difficulties. These apps have been localized for six languages and cultures.

Aviva completed her cross-disciplinary doctoral thesis in 1999: The Influence of Franz Brentano’s Intentionality Thesis on the Psychoanalytic Writings of Sigmund Freud. It includes research into philosophy, psychoanalysis, psychology and the history of psychiatry. This work provides insights into psychological and cognitive functioning that inform her ongoing work. 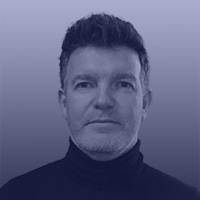 Ian Kennedy is the UX/UI  and Digital Media content designer. He has worked in the Assistive Technology sector for the past seven years. As CTO of Neuro Hero Ltd Ian has been responsible for designing all digital media for 19 award-winning apps along with their localisation to six languages. These Speech and Language therapy apps were designed for people living with communication difficulties that often follow stroke, brain injury autism and other conditions.

His specialities include designing Graphic User Interfaces for the prototyping and development of Assistive Technology and 3D animated videos for dissemination both online and at conferences.

Ian has over 25 years of experience in the audio and video industry. He has produced and edited videos for clients that include Ancestry.com. Ian also designed numerous graphic and sound elements for an interactive multimedia learning tool for the Imaginosity Children’s Museum in Dublin. The interactive tool teaches children about environmental conservation.

In his role as a research consultant, he is responsible for collecting, analysing and presenting data relating to Assistive Technology for people living with intellectual difficulties. 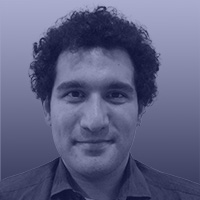 Çagrı is a Full Stack Software Developer. He has worked on many different projects from simple websites to mission-critical enterprise applications. He has an MSc in Advanced Software Engineering from University College Dublin – with a dissertation about applying gamification to education. He has just finished a PhD developing a new framework for the future of gamification in education.

Over the past 10 years, he has assumed many roles. He has developed and delivered websites, consultancy work and has also worked as a full-stack developer where he has worked on many different projects’ conception to its delivery; working as a freelancer and with both private and public sector organisations in various areas such as finance, education and technology.