In 2016 our CEO, Dr Aviva Cohen, was invited to apply for a prestigious ASSISTID/Marie Curie post-doctoral research Fellowship, supervised in both by Professor Lizbeth Goodman in University College Dublin and Professor Karola Dillenburger in Queens University Belfast. Aviva’s post-doctoral research built upon Professor Dillenburger’s seminal work on Future Planning. Professor Dillerburger challenged Aviva to find a solution to a well-documented problem: how can we encourage ageing caregivers to plan the future care of their loved ones?

Aviva investigated the reasons why carers failed to plan and the difficulties around the transfer of care from the home to caring institutions. This led to a series of collaborations that resulted in the development of a video-based care plan. Over the course of the Fellowship, Aviva tested this video care plan in residential care facilities, daycare centres and family homes; the feedback was overwhelmingly positive. Typically the healthcare providers noticed a range of benefits including a reduction in falls and challenging behaviours because staff had immediate access to information, they also noticed that handover times were significantly shorter. Almost every test centre went on to request that Aviva should develop a version for institutional use.

After the post-doctoral Fellowship, Aviva and her colleague Ian Kennedy significantly refined and developed this video care app. It is now a much more sophisticated API and mobile app called Focus.  In addition, the duo began to develop Translate, an API and mobile app that interprets the vocalisations of nonverbal people so they can independently communicate a set of emotional states. This was followed by Vantage, a heat mapping API that interprets data from multiple sources to help health care providers to identify patterns that indicate potential problems.

The team was joined by Dr Cagri Cubuku in 2020. The team were awarded a prestigious Enterprise Ireland Commercialisation Grant in 2020. seamlessCARE spun out of University College Dublin (UCD) in May 2021 and formed a company with a mission to improve the quality of life for people with additional needs and those who provide their care. 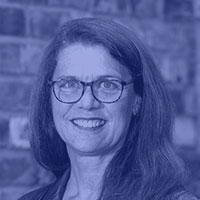 She is the Course Director of the MSc in Autism Spectrum Disorders (MScASD), teaches on the MSc Applied Behaviour Analysis (MScABA), and supervises Doctoral Research Students. Professor Dillenburger is a Board Certified Behaviour Analyst-Doctoral (BCBA-D) and clinical Psychologist (HCPC) and has worked extensively in child care, education, and therapeutic settings. She has published widely, including eight books and one ebook, five multimedia training resources on DVDs and CD-ROMs, and over 100 academic peer-reviewed papers. She frequently delivers national and international keynote addresses in the USA, India, Europe, and Australia.

Her research focuses generally on parenting across the lifespan of children/adults with disabilities, including autism and, in particular, the experiences of ageing parents/caregivers and their sons/daughters; evidence-based early behaviour analytic interventions; behavioural parent training; stress, loss and bereavement; and futures planning. She has a long-standing interest in the use of technology to support parents/caregivers and individuals with disabilities especially as they grow older. The initial idea for seamlessCare stems from her research with ageing parents of sons/daughters with disabilities that were developed during Dr Aviva Cohen’s ASSISTID Fellowship at QUB and UCD and forms the basis of the work described here. 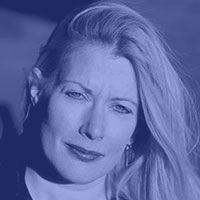 Lizbeth Goodman is Chair of Creative Technology Innovation and Full Professor of Inclusive Design for Education at University College Dublin (Ireland), where she directs the Inclusive Design Research Centre of Ireland at UCD (IDRC) within the College of Engineering and Architecture, in collaboration with SMARTlab. She is the Programme Director for the Thematic PhD in the College of E&A. She has held a Personal Chair in Creative Technology Innovation, with a focus on practice-based research into the future of Inclusive Interdisciplinary Research and Education, since 2005. She is also Director of Equality, Diversity and Inclusion for MME at UCD.

She currently Chairs the Women in Science, Technology and Innovation taskforce for the AERAP programme of the European Commission and the European Parliament. She recently served as Academic Chair of the Marie Curie ASSISTID Programme for the DOCTRID Research Institute: the first top tier research institute bridging the Republic and Northern Ireland. Also, on behalf of UCD and the national universities network, she was elected to Chair the Social Sciences Panel of the Royal Irish Academy in 2012.

Directing Research for the Future of Higher Education:
Previously, she was Director of Research for Futurelab – Lord David Puttnam’s think tank for the future of Education in the UK- and served in that capacity on the Prime Minister’s SHINE Panel. Futurelab brought the most innovative teachers out of schools, trained them as researchers and creative technologists, and worked in close cooperation with the Parliamentary Working Group on Education, BECTA and the linked policy-making departments of the UK government, as well as with the National Endowment for Science, Technology and the Arts. She led Futurelab’s research through a time of radical change in the funding of research and education in the UK (2008-10).

Industry Research/CSR Global Impact Achievements:
For seven years, Professor Goodman worked with Microsoft Research and Microsoft CSR/Unlimited Potential on their largest ever community engagement project- (Clubtech), which has so far transformed the education of over 7 million children and young people worldwide using interactive and ‘live’ media training tools; Microsoft still cites this as their most impactful programme to date. She has since led strategic partnerships and funded research and impact projects with the BBC, RTE, TG4, Intel, IBM, Microsoft et al.

She also founded and directed the first open-source, open-access rapid manufacturing/digital materialisation lab in the UK as part of her MAGIC Playroom initiative (Multimedia and Games Innovation Centre, London Docklands 2005-10).

Publications & Impact:
She has written and edited 14 books for Routledge, Faber&Faber, Polity Press, Intellect et al, and many peer-reviewed papers, and serves on the editorial board of New Theatre Quarterly for Cambridge University Press and on the Leonardo Senior Advisory Panel.

Her main Awards and Top Achievements:
Professor Goodman was named Woman of the Decade by the Women’s forum – WEF. in 2019. In 2020 she was named to the President of Egypts’ Award.

In 2008, she was awarded the top industry prizes for Best Woman in the Academic and Public Sectors, and Outstanding Woman in Technology by Blackberry Rim and a global industry panel.

She was selected by a global panel of industry, academic and NGO experts as one of the CSR Global Top 50 Most Talented Social Innovators: awarded in Mumbai in February 2015.

Back in 2003, she was honoured in Times Square, NYC with a Lifetime Achievement Award for Volunteer Service to Women and Children.

Supervision and Mentoring: She has supervised 55 PhDs to successful completion and mentored 12 Postdoctoral Fellows.